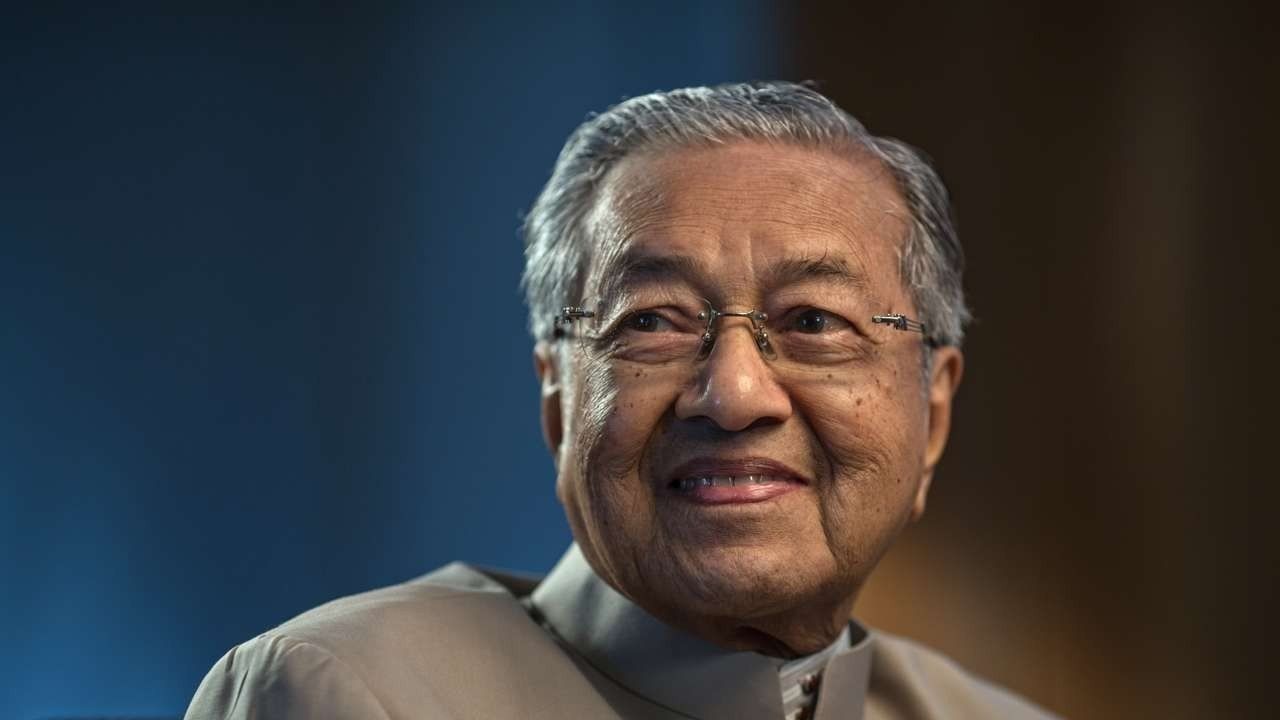 The ongoing feud between France and the Muslim world took a new turn yesterday when a message from former Malaysian Prime Minister Mahathir Mohamad was deleted from the social networking site Twitter.
Commenting on the French president's remarks on Thursday, Dr Mahathir Mohamad said Muslims' anger at France was "justified" and at the same time apparently supported revenge for the massacre by the French in the past.
Leading analysts and ordinary users are all giving their opinion on the thread based on more than 13 tweets shared by Mahathir Mohamad on Twitter.
It is to be noted that the controversial statements made by French President Emmanuel McKeown about Islam have caused great anger among Muslims around the world.

The reason given by Twitter for deleting this tweet is that it has "incited violence" which has violated the rules of Twitter. However, only one tweet was removed from the social networking site and other tweets were not removed in the public interest.
The recent controversy erupted when a teacher in France showed students controversial sketches of the Prophet of Islam, after which he was assassinated. McKeown then defended the sketches on the basis of freedom of expression, saying "we will not give up these sketches."
Mahathir's tweets and reactions to them
Mahathir Mohamad, 95, began the thread by saying that as a Muslim he condemned the killing of a French teacher but also said that insulting anyone on the basis of freedom of expression should not be allowed. Should.
Mahathir wrote that most Muslims "did not follow the law of blood for blood" because of the injustices that befell them. "France must teach its people how to respect the feelings of others," he says.

Mahathir also criticized the French president, saying his criticism of Muslims and Islam reflected his "outdated" views.
Following the French president's statements, several Muslim countries, including Pakistan and Turkey, have called for a boycott of French products.
Mahathir cited the example of his Muslim-majority country, but "the reason for peace and stability here is that different religions and races care about each other's feelings."

One user said, "What in the world is going on?" Mahathir Mohamad, a two-time Malaysian prime minister, spoke of the massacre. "It must have been the envy of ISIS," he said sarcastically.
The French Minister of State for Digital and Telecommunications said in a tweet that he had asked the MD of Twitter in France to suspend Mahathir Mohamad's account immediately and that if this was not done, Twitter would be massacred. Will be equally involved in this request.
Mohammad Khalid Al-Yahya, a journalist, sharply criticized the former Malaysian prime minister, saying such statements had been made by him before.

"The reaction from Mahathir is nothing new. Like the bigoted people in Western societies, they benefit from the clash of civilizations," he said.
One user wrote, "I read your tweets over and over again to see if I had any misunderstandings."
She says, 'Dr. Mahathir, are you serious about this? No one can be given the right to kill to avenge the old.

Some users have expressed frustration over the removal of Dr Mahathir's tweets by Twitter, while others have called Twitter's decision a violation of the right to expression.